Kieran's Campsite is the forested area at the east end of the Waterfall Region. 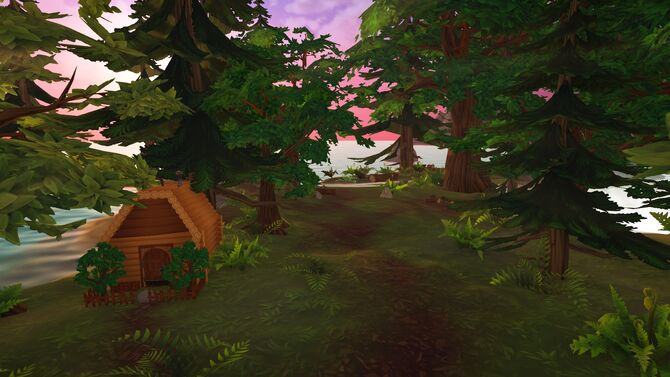 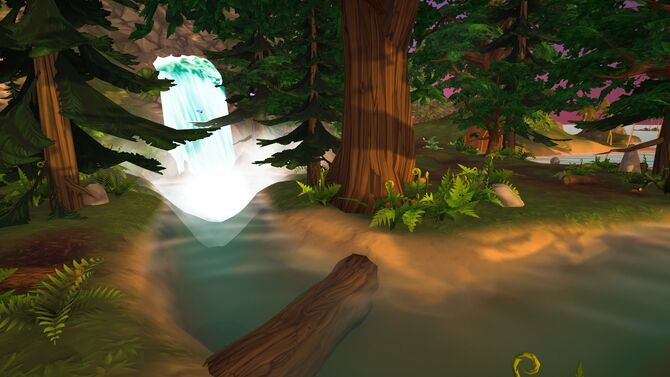 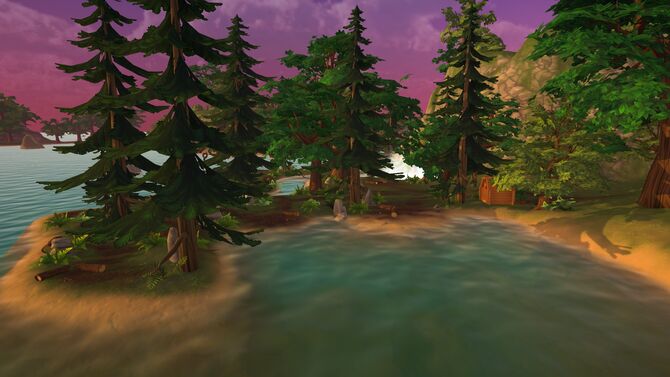 Campsite side of waterfall

View across the water

At the start of a new game, there is no actual campsite at the location. As the player helps build the campsite, objects such as tents, campfires, and a well start to appear.

The area is dense with Ferns and Pine Trees. There are no wild animals.

Initially the region is empty, but eventually the following NPCs can be found:

Kieran (KE)
In front of the cabin close to the goats

Joline (JL)
Along the shore east of Kieran

Rudy (RY)
Eastern shore, next to a chest

Currently Joline and Rudy do not offer any quests beyond Earthquake reactions and Bulletin Board orders.