Garden Paws Wiki
Register
Don't have an account?
Sign In
Advertisement
in: Spoilers, Bugs and Issues, Kozita,
and 2 more

Kozita is a late-game area the player can travel to in Year 4. It consists of 3 main landmasses: the Main Island (described here), Rock Island, and a Mountain Region. 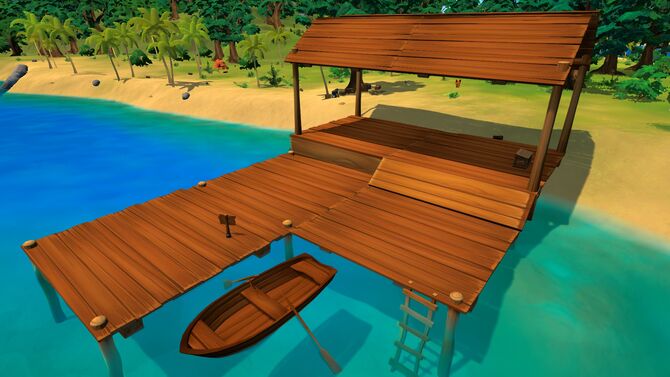 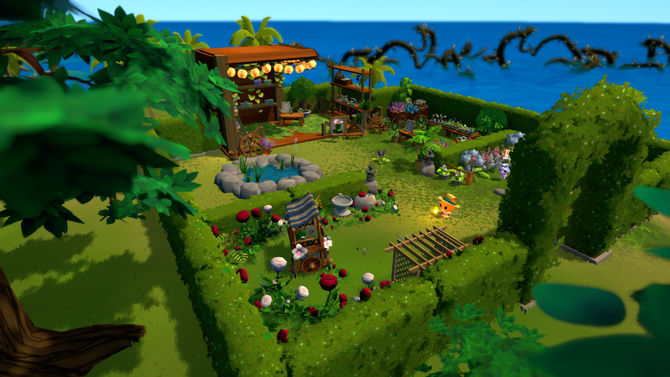 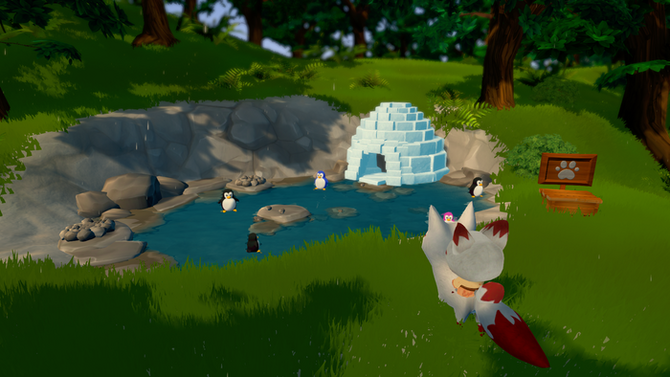 Travel back and forth to Florens once the dock is complete

Choose from a new selection of beautiful items

Kozita will not be accessible until Spring 1, Year 4. After completing a series of quests for Captain Conrad (see "Quests" below), the Ship Upgrade will become available on the Upgrade Table for

250,000. Purchasing the upgrade will set up a new sign on the dock that can be activated to travel to a "Mysterious Island".

Upon arriving, the ship will get wrecked on the island and you will be stuck there for a minimum of 4 days while Conrad rebuilds the ship: 1 day for Conrad to ask around for help, and 3 days to grow the Pineapples required for one of the quests.

There are resources on Kozita to craft whatever you need, so you can bring the tools you already have. A Basic Fishing Pole is recommended over silver, gold, or cosmetic, since it has a higher chance to catch Small Fish.

However to make progression a little easier, the following are recommended to bring along, since the way back will be blocked initially:

After the ship is completed, you can return to the Main Island and freely travel between both locations. Further resources are required to build the dock, but at that point since travel is open and the items can more easily be obtained.

As with traveling to other islands, plant growth and animal taming will be paused on the Main Island while away.

"Kozita" is actually the name for the entire archipelago, but it can also refer to the Main Island that players start out on. The full map is made up of three large landmasses and a handful of tiny isles. The other islands cannot be visited until completing the Druid's questline to remove the thorns to reach Rock Island and the Mountain Region. 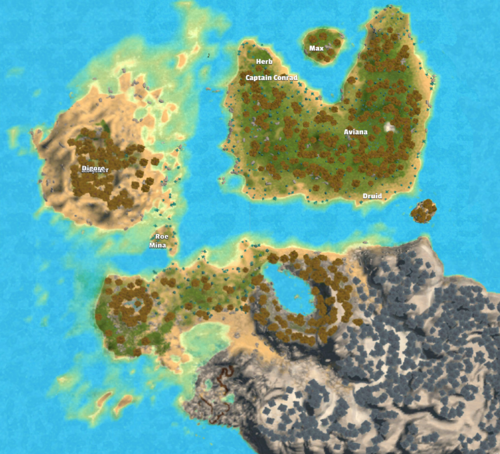 Only one of Kozita's main landmasses is accessible at first, along with a smaller island to the north. They are surrounded by an impassible ring of thorns, similar to the ones initially blocking the Ruins Area on the Main Island. 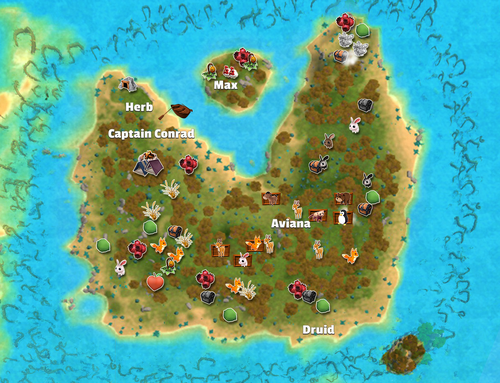 The following characters are accessible when first visiting the Main Island of Kozita:

Initially the dock will not be available. The player must complete Captain Conrad's quests to restore the boat and dock before they can leave the island again.

Once it is complete, they can travel back and forth freely.

Near Conrad along the shore is Herb, who sells seeds for new kinds of plants such as Pineapples, Lime Trees, and various colors of Lavender.

Once the Kozita dock is built, the player will have the opportunity to expand Herb's shop to sell Rose Seeds, Tropical Plants, and Garden Furniture.

At the center of the island is the Animal Sanctuary, run by Aviana.

When the player first visits, none of the sanctuary habitats are completed. As the habitat boxes are filled with the required animals and items, the Sanctuary will take shape and grant special rewards.

The island to the north can be accessed by gliding from the top of the hill at the very tip of the main island, or using a Raft on the water. On it can be found:

Completing quests for Max will earn the player their own Kart, which can be used to get around the island much faster than an animal mount.

Once the player has reached Rock Island and begun the Broken Mine quests for Digore, there will be a Fast Travel Minecart along the shore north of Herb's shop. When completed, it can link to 2 other Minecarts on Rock Island and the Mountain Region. 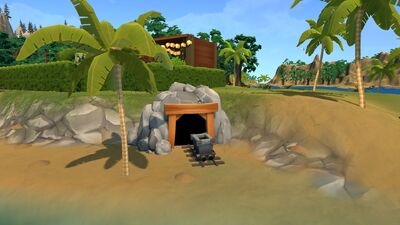 The following can be found scattered across the main island:

Some plants, such as Pineapple and colored Lavender, do not begin appearing until after the player has been on Kozita for several days.

Kozita introduces two new vehicles: a Kart and a Raft. Both can be used by placing them in an active hotbar slot.

Most issues with Kozita are due to it still being in active development.