The Mountain Region is the large landmass taking up the lower half of the map of Kozita. 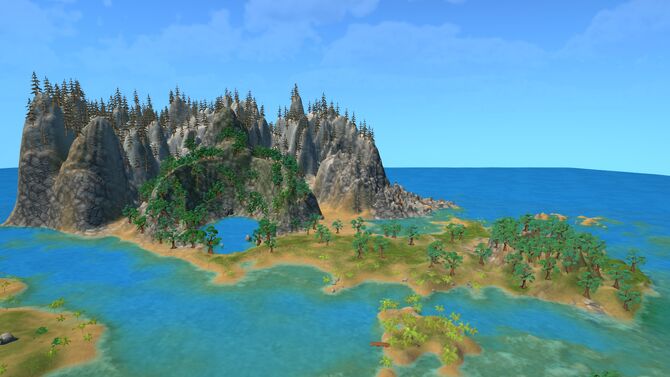 When first visiting Kozita, access to the Mountain Region is blocked off by a ring of thorns surrounding the Main Island.

After completing the quest "Thorn Free" for the Druid, the player can glide or ride a raft to the island.

The Mountain Region is very large compared to the Main Island and Rock Island, and contains 4 main zones plus a small islet. The zones have been colored, and the main mountain footpaths have been outlined in yellow. 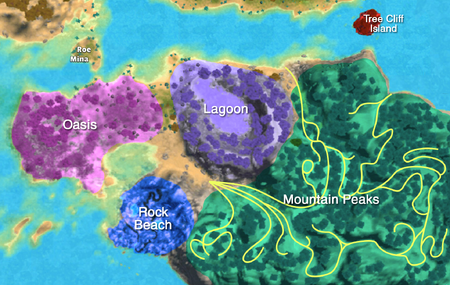 This article covers the basic information for these zones. For specifics about object or animal locations, see Kozita Detailed Map, Caves (Kozita), or Dragon Statue.

The northwestern part of the region is mostly tropical, home to several animals and many Dragon Fruit stalks. The primary feature is a tropical oasis at the western end. 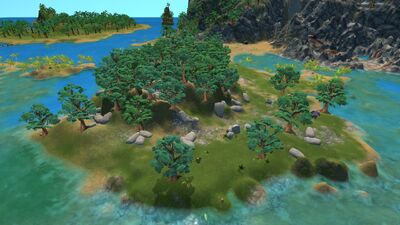 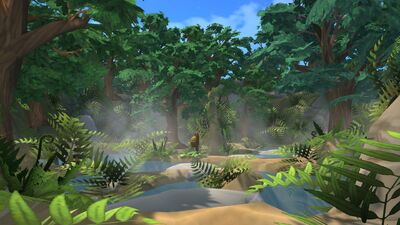 The oasis seen from the west, and the view inside from the natural entrance

In the middle of the region is a lagoon surrounded by rocky cliffs, with a cave toward the back. 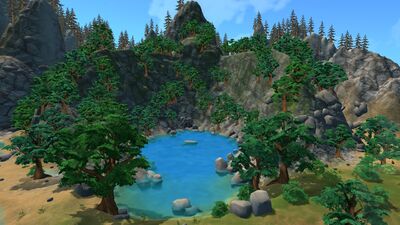 The lagoon viewed from the north

There is a Loot Chest buried under a rock to the right of the cave entrance.

South of the oasis and lagoon is a rocky beach area with winding dirt pathways. 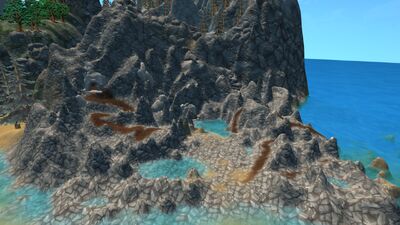 The rock beach viewed from the west

The zone is isolated from the rest of the mountains, and contains:

The entire southeastern half of the region is full of extremely hilly mountain peaks covered in snow and Pine Trees. The zone is a maze of curving pathways, making it very easy to get lost. 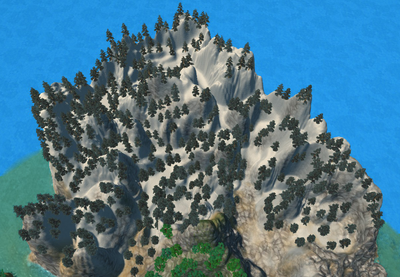 Birdseye view of the mountains from the northwest

Found across the zone are:

The isolated island in the northeast is not really a full zone, but included here because it is not accessible until the thorns are removed. 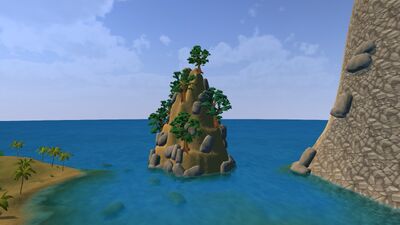 Tree Cliff Islet from the west

There is nothing significant about the islet except for being the location of one of the Dragon Statues.

There is a Fast Travel Minecart between the Oasis and Lagoon, which links to 2 other Mine Carts: on Rock Island and next to Herb's shop. Initially they are inaccessible, but completing the Broken Mine crate quests for Digore will open them up for player use. 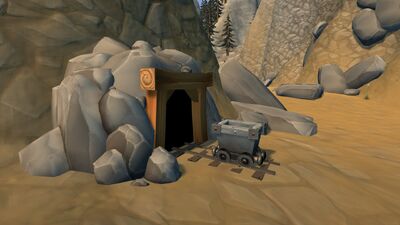 Dragon Egg Nests are scattered throughout the Mountain Region, similar to the Snowy Owl Egg Nests in Florens during Winter.

There are 5 caves on the island, each with a Dragon Rock Statue outside the entrance and a Nest inside. For more information about locations, see Caves (Kozita).

There are currently no NPCs living on the island.

All plants and flowers native to Florens have a chance to spawn in their season in the Mountain Region.