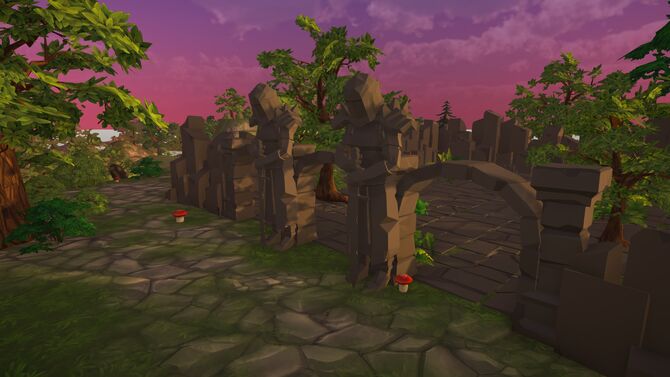 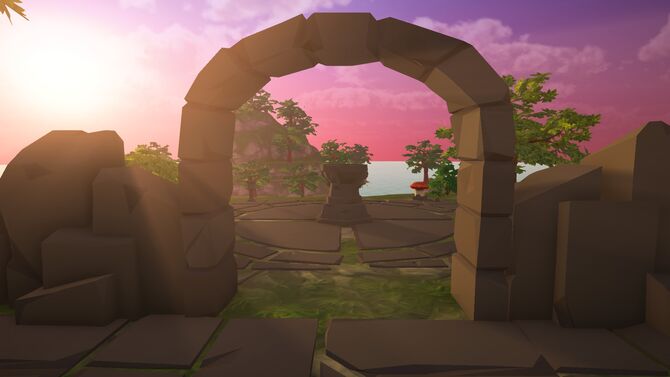 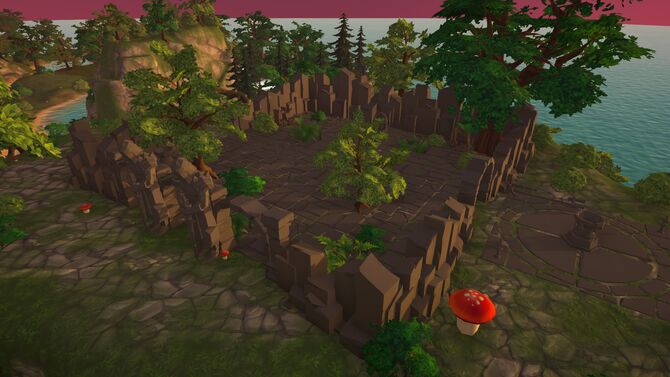 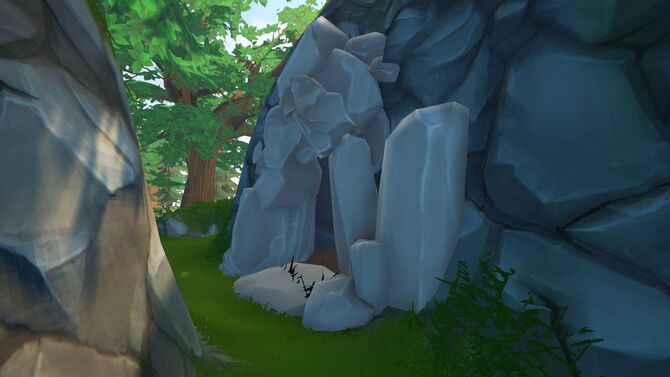 A mysterious cave that holds valuable resources, and secrets.

The Ruins Area is located on the eastern part of the Main Island. The area is initially inaccessible by the player, as the region is blocked by giant thorns at the start of the game. The origins of how these giant plants came to be is unknown.

At some point the player will receive mail from Frank about the thorns, which kicks off a questline to clear them away and unlock the area. The Blacksmith and Miner's Camp must be available in order to complete all of the quests.

The area becomes accessible 3 days after completing "Making an Axe".

Notable places for the player to visit:

3 Chests can be found in the region:

The 5 items needed for the "Pieces of the Past" collection (Antique Book, Chalice, Coin, Scroll, and Vase) in the Museum can be found inside the Ruins themselves on top of the mountain. They are located along the walls or in corners, sitting on top or next to old bookcases or other furniture.